For Tim James EMBA'20, social impact is the bottom line 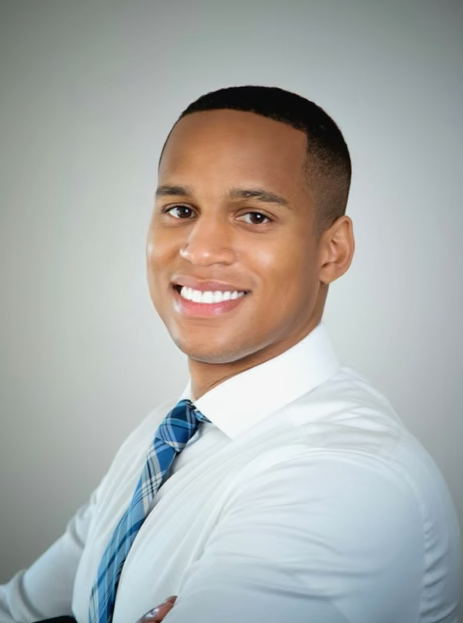 Straddling the for-profit and nonprofit worlds in his current leadership roles, Tim James EMBA ’20, is the embodiment of “doing well by doing good,” an ethos that he says is at the core of the Executive MBA program offered by Brown and the IE Business School.

“They have a clear sense of how social responsibility and the bottom line are not in competition with one another,” James says. “The angle is, you don’t have to either maximize profit or do good for people or the community or the environment. You can do those two things in tandem.”

James leads efforts at State Street Bank and Trust Company to establish and grow business relationships with some of the world’s top consultancy firms that advise on pensions plans, defined contribution plans, and endowments. He is also the Chair of the Board for the Lenny Zakim Fund (LZF), an organization that works to develop deep relationships among people and communities to advance social, economic, and racial justice. “We live in a post-George Floyd world, and global awareness of social injustice is undeniable,” James says. “The organizations the LZF supports are changing communities and helping underserved people and groups find purpose. I’d never turn my back on these people.”

James says his desire to get involved in social justice work was sparked in part by his first-hand experience with racial profiling. At a hometown high school football game, he was physically searched by the school principal and a police officer after giving handshakes to friends. “I hadn’t done anything wrong, but the story took on a life of its own,” he says.

The city’s mayor became aware of the incident and invited James to join him in a series of sit-down meetings with the city’s leadership to discuss opportunities for improvement. “We agreed to some important policy changes to the way school officials and police officers conduct searches on individuals so they are not indiscriminatory, stop-and-frisk-type incidents, but something a bit more thoughtful,” James says. A subsequent internship in the mayor’s office shaped his growth further. “A lot of the work I now do is informed by those experiences,” he says. “When people ask me to talk about leadership or diversity, equity, and inclusion, a lot of what I say is informed by my lived experience.”

Sights on Brown since middle school

The father of James’s childhood best friend was his first reference point for what an elite education can do for a person. “I revered my friend’s dad, in part because he went to Brown,” he says.

James chose the IE Brown EMBA program because he found it was unlike anything else in the marketplace. “I knew of Brown’s powerful reputation,” he says. “And as I learned more about IE and the school’s incredible aptitude for educating the world’s business community, it became abundantly clear to me that this program was the place to be.”

In addition to showing him how social responsibility and the bottom line can work hand in hand, James says the program provided extraordinary context for applying his learning via a one-week immersion experience in Cape Town, South Africa. “We were immersed in a completely different culture in a part of the world that is often overlooked by the business community,” he says. “We went there and were with the folks who were on the ground at the grassroots level doing the work. That’s really unique.”

Reflecting on the program’s curriculum and his classroom learning, James recalls Professor Andrew Shrank’s Political Economy of Development course with excitement. “It taught me how to see the intersection of policy and economic development in a totally new light,” he says.

According to James, the EMBA’s cohort design was one of the unexpected benefits of the program. “I made lifelong friends, and that’s one of the things that makes the program so amazing,” he says. “We felt more like family than a cohort.”

James also credits the program with teaching him how to believe in himself in a new way. “Being trained within the program gave me the confidence and self-belief I needed to do all the things I’ve accomplished thus far,” he says.

One such accomplishment was being named a Presidential Leadership Scholar in 2022. The prestigious program brings together a diverse group of mid-career professionals to hone their leadership abilities through interactions with former presidents, key administration officials, leading academics, and business and civic leaders. “I never thought I’d have the chance to enjoy dinner with President Clinton, nor did I think I’d have the chance to sit at the table with President Bush and Laura Bush,” he says.

James encourages professionals to join the IE Brown Executive MBA program if they want to take their career to another level. “There’s no way I’d be where I am today without the EMBA experience,” he says.